Grizzly can be found throughout the area in almost all types of terrain. These bears are an interior Arctic Grizzly. The average mature male Grizzly hide will square approximately seven feet, with the occasional bear going eight feet. Skull size is not exceptional, although we have taken several bears measuring between 23 & 24”. There is a tremendous variation in color among our grizzly population. Although we can offer a specific 10 day Grizzly hunt we typically harvest Grizzly bears as a second animal in combination with mainly moose hunts. Tags for all the animals are included in the hunt price but harvest fees are extra for any additional animals harvested. Grizzly season opens August 1st but we recommend hunting Grizzly in September or October as the hair is longer and the success rate is higher.

Tombstone Outfitters offers Grizzly hunts throughout the season each lasting 10 full hunting days with a day on each end to allow for travel time in and out of camps. We pick up our hunters at the Dawson City airport and then transport them to camp. We focus on trying to harvest only older, mature male bears to contribute to a stable population but the success rate for Grizzly hunting is less than for the other three main game animals in this area. 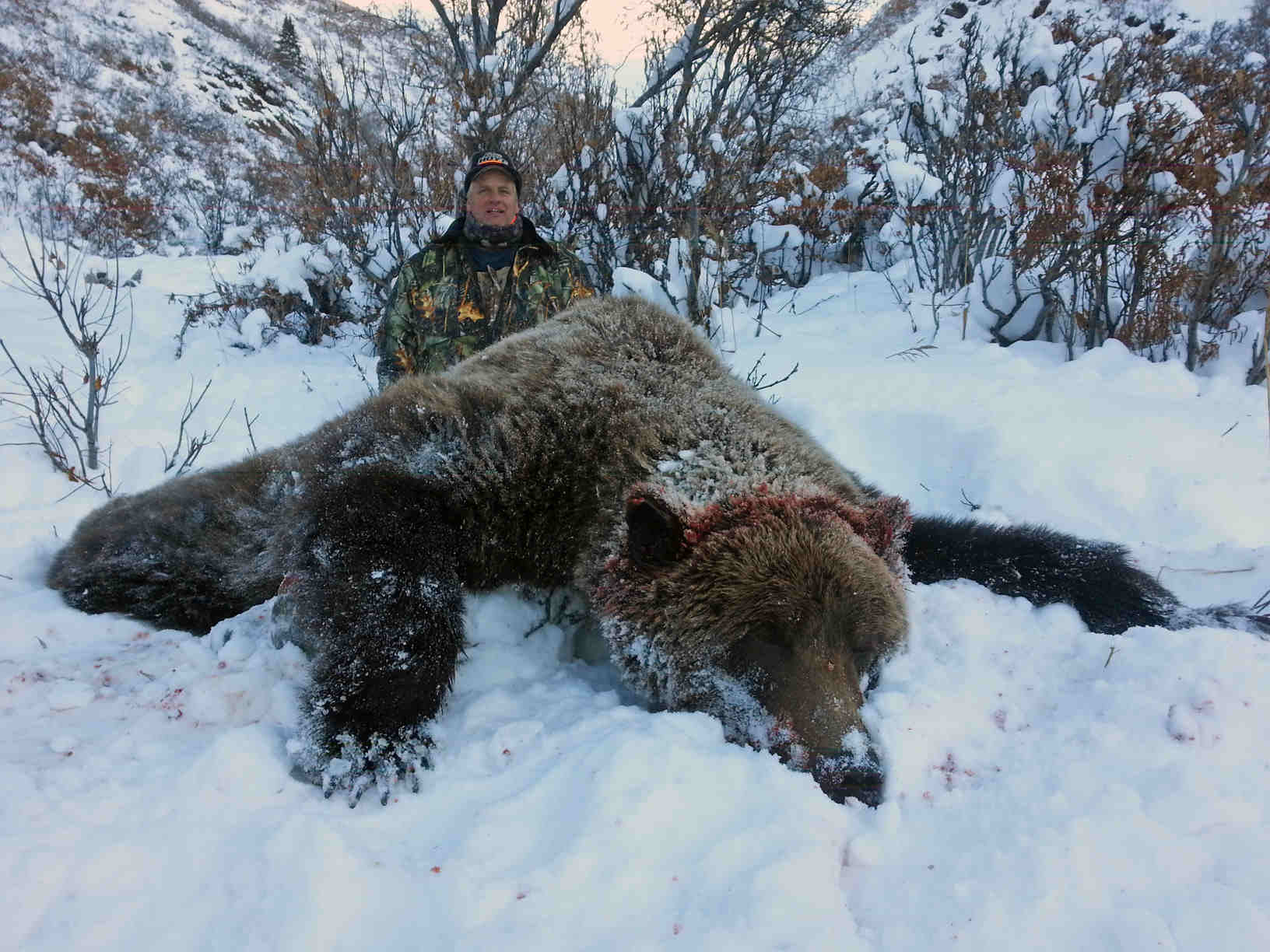 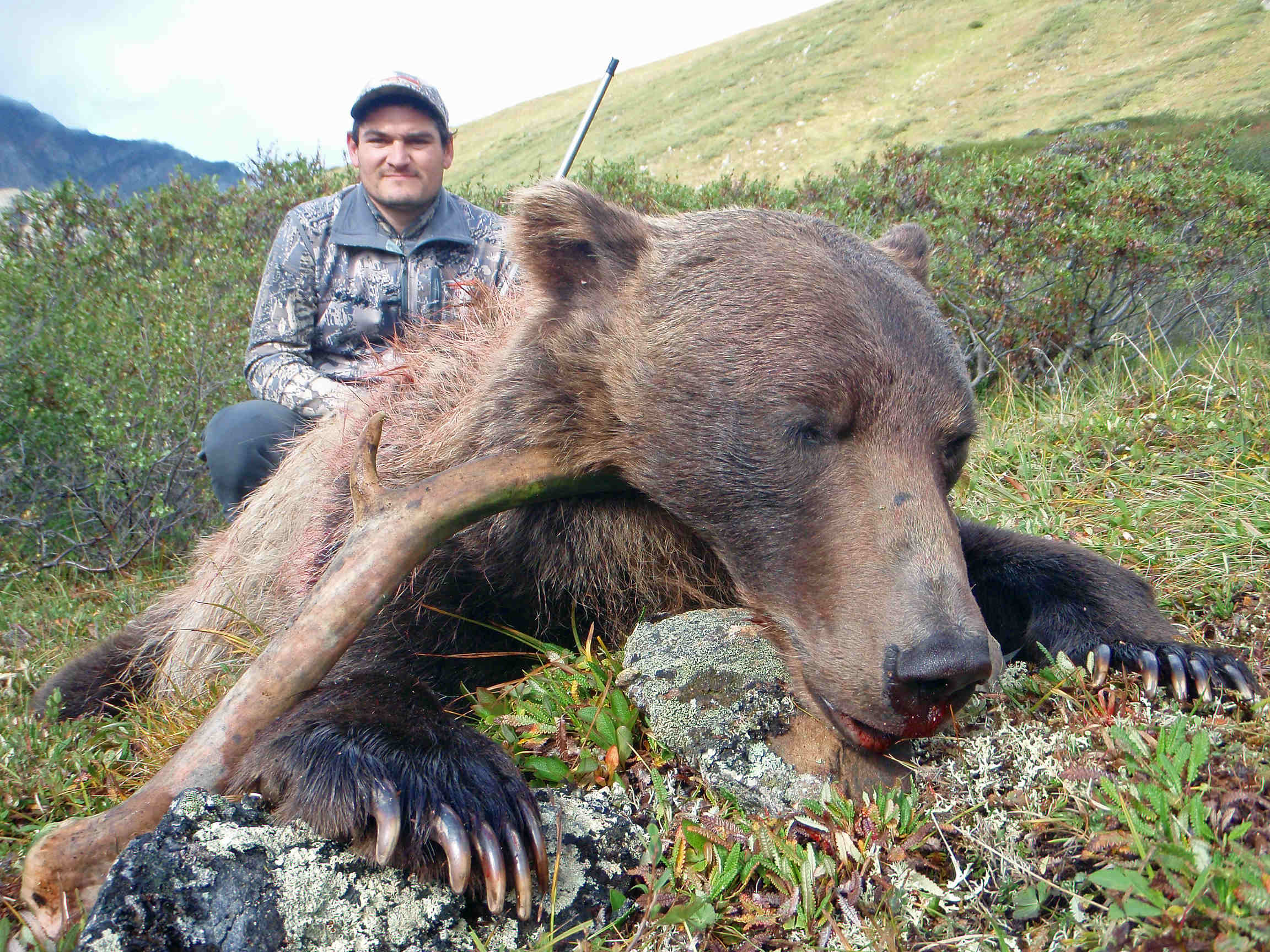 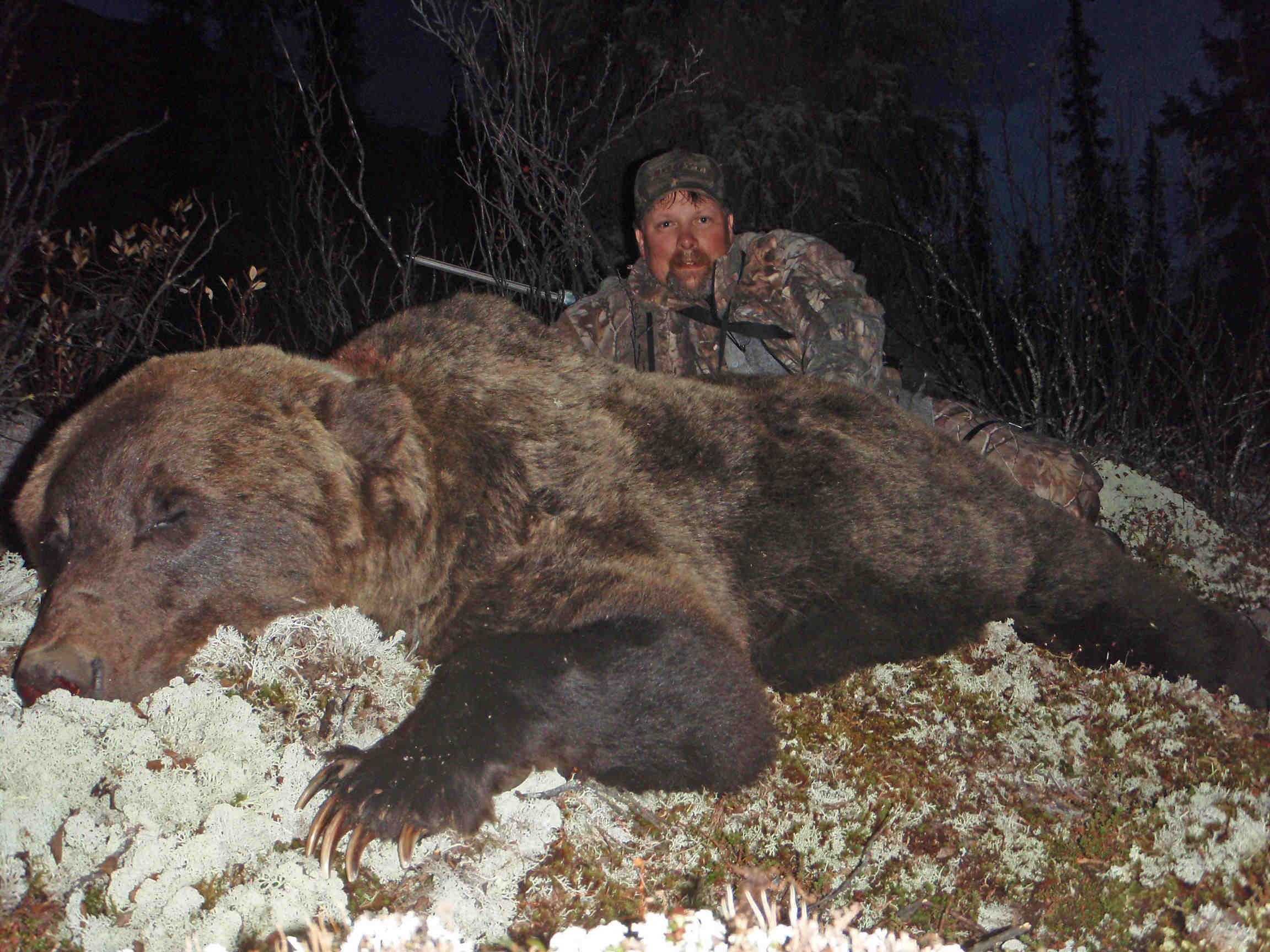